Broomdasher will launch their debut CD “Nothing To Do With Me” at the South Downs Folk Festival on 22 September. 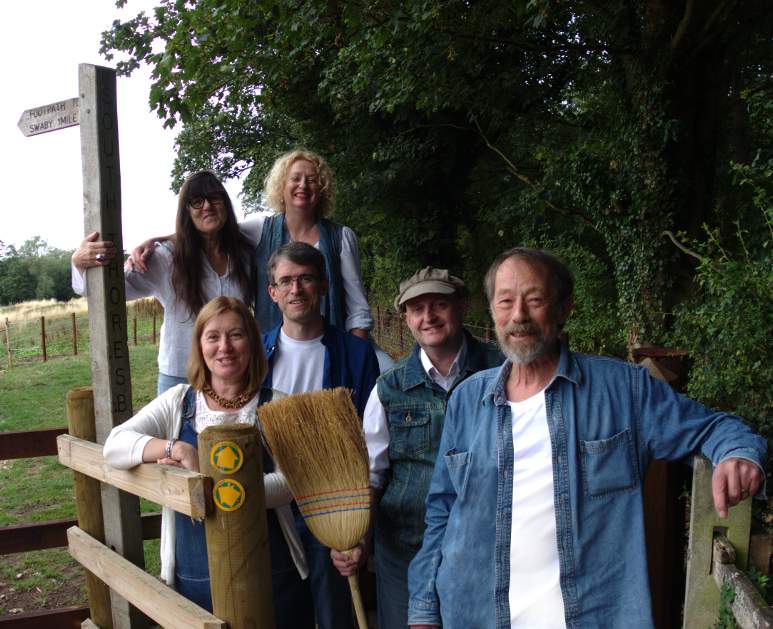 The six-voice acapella group’s EP includes a track arranged for them by Barry Coope of Coope Boyes and Simpson and a song gifted to them by John Tams.

They will sing all six tracks as part of their major set in the Regis Studio on Saturday at 5.15, following their earlier performances at The Regent School of Music and as part of The Big Sing at the High Street Marquee.

“Nothing To Do With Me” was produced and mixed by Andy Seward, well known for his work with Coope Boyes and Simpson and Kate Rusby. It was recorded in Lincolnshire at Chapel Studios, whose specialist range of classic vintage equipment highlights harmony singing and is used by many folk artistes.

“We love performing at South Downs and are really pleased to launch our CD among friends. We’re bringing an exclusive early batch of CDs with us,” say Broomdasher.

They’ll sing some songs from the record at their three other performances during the day – including one as part of The Big Sing at the High Street Marquee at 4.00pm.

The full track listing is: Broomdasher; If I Was A Blackbird; How High The Price/All Clouds The Sky; The Keeper; Rufford Park Poachers and Sam Hall – plus a special contribution from Levi Smith courtesy of Topic Records.