Broomdasher will premiere their new folk musical commemorating the centenary of The Country Diary of an Edwardian Lady author Edith Holden’s death, in Solihull on 7 March, before it tours to venues featured in her best-selling book. 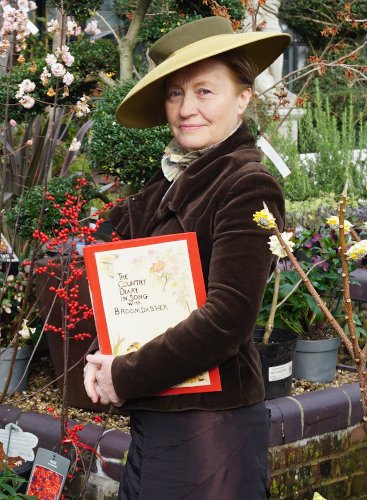 Edith's commitment to encouraging young people to understand the countryside and to appreciate and protect it makes her as relevant to today's environmental campaigns as she was more than 100 years ago.

The show, The Country Diary in Song with Broomdasher, interweaves Edith’s beautiful descriptions and paintings with folk songs collected by Cecil Sharp and others at the same time as she was compiling her 1906 diary – and it is a show with a past that offers inspiration for the future.

Edith lovingly compiled the diary as a handmade textbook to inspire her pupils about the wonders of nature and the changing seasons.  At the same time, Sharp published his Folk Songs For Schools, to preserve the culture of country folk that was being lost with their migration to the cities.

In that spirit, Broomdasher want the show to be a catalyst for wider projects encouraging local communities to celebrate the best things about themselves, as well as providing an evening's entertainment.

Solihull Metropolitan Borough Council has put together an exciting programme of events to mark the anniversary, including:

The unveling of a restored bird bath from Edith’s garden; the completion of a carved wooden owl; the opening of a restored micro-garden and clock; an Edwardian bicycle ride; a children’s painting competition and an exhibition of life at Edith’s time.

Edith’s classic book The Country Diary of an Edwardian Lady was a worldwide phenomenon when published in 1977, her beautiful paintings and words creating an exhilarating journey through the seasons, celebrating birds; flowers; animals and the life of the people of the countryside. It sold seven million copies and was in the Sunday Times best-sellers list for a record-breaking 63 weeks.

The show, The Country Diary in Song with Broomdasher, will be staged at 7pm at The Olton Project, the newly opened Muslim centre for educational and spiritual development, which is based at the former United Reform Church in Kineton Green Road, where Edith and her family used to worship. Then it goes on a national tour in June and July.