From Pub To Pulpit - Media

Presents
With Broomdasher and Coracle 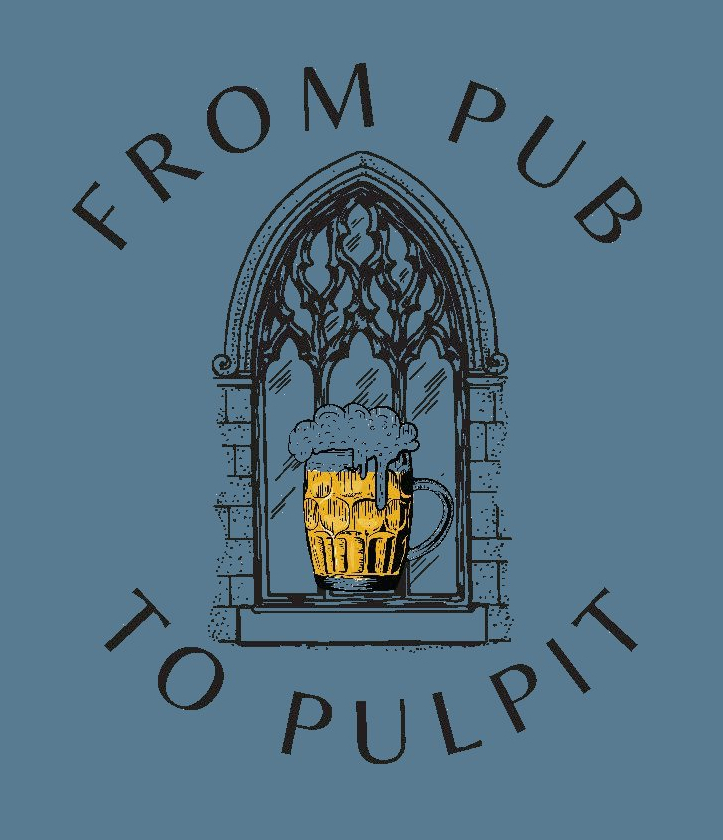 Hundreds of singers across the country are set to join Broomdasher and Coracle in a rousing concert tour of Cathedrals, when they’ll turn folk songs into hymns to celebrate Ralph Vaughan Williams’ 150th birthday.

From Pub to Pulpit is the only official RVW150 touring event marking the 150th Birthday of one of the nation’s favourite composers. The first Cathedral concert is at Chester on Saturday 17 September and the last at Gloucester in July 2023.

The 20-date tour has been picked as a Highlight of the RVW150 Festival Year by The Times; The Guardian; Gramophone and The Living Tradition Folk magazines.

It features acapella folk group Broomdasher, instrumental trio Coracle – led by Paul Hutchinson of the legendary Belshazzar’s Feast– and the organists and choirs, community choirs and concert audiences at each Cathedral and Minster.

Vaughan Williams was a well-known collector of folk songs and he borrowed folk song tunes he collected from labourers around the country for the tunes of some of the best hymns in the 1906 English Hymnal he edited.

In the final part of the concert, Broomdasher and Coracle take the audience on a musical journey, starting with the folk song, going through dance variations and climaxing with everyone raising the roof with full-blooded renditions of the hymns.

They include “To Be a Pilgrim”, “O Little Town of Bethlehem” and “I Heard the Voice of Jesus Say” which will be musically transformed from the folk songs “Our Captain Calls”, “The Ploughboy’s Dream” and “The Murder of Maria Marten.

“We’re been working closely with each Cathedral Director of Music and some have told us that with voluntary choirs and community groups joining us there will be more than one hundred voices leading the rest of the audience in the singing,” said Project Director John Palmer.

The other sections of the concerts feature individual performances by the host organist and choir; Broomdasher and Coracle.

The tour goes from Exeter to Carlisle and Brecon to Hull, ending at the Three Choirs Festival in Gloucester in 2023. Full details – plus the free 32-page tour programme – are available at www.broomdasher.com under the From Pub to Pulpit button.

Hugh Cobbe of the Ralph Vaughan Williams Trust said: “This extremely imaginative and unique contribution to the RVW 150 celebrations crosses the boundaries between the different genres of Vaughan Williams’ music in a way that no other event will”.

“From Pub to Pulpit”™ is an imaginative and rousing concert tour which brings to life the musical journey of folk songs Vaughan Williams collected before “borrowing” the tunes for hymn arrangements in The English Hymnal he edited in 1906.

It is the only RVW150 event undertaking a national tour, which runs over the whole year of celebration. It is also the only project that crosses the boundaries of Vaughan Williams’s’ work, bringing several genres together in a popular and accessible way.

Acapella folk group Broomdasher and folk/jazz/classical instrumental trio Coracle join the Cathedral organists and all the other singers to raise the roof with full-blooded renditions of some of the country’s best loved hymns. They include “To Be a Pilgrim”; “O Little Town of Bethlehem”; “Tis Winter Now the Fallen Snow” and “I Heard the Voice of Jesus Say” which will be musically transformed in the concerts from the folk songs “Our Captain Calls”; “The Ploughboy’s Dream”; “Brisk Young Farmer” and “The Murder of Maria Marten”.

The concert premieres during the Queen’s Platinum Jubilee weekend on 3 June in Down Ampney, the Gloucestershire village church where Vaughan Williams was born. It ends at the July 2023 Gloucester Cathedral Three Choirs Festival.

The project was devised and produced by John Palmer, who created Broomdasher’s Country Diary of an Edwardian Lady folk musical and CD last year. “It seemed to be an unusual and engaging way to celebrate the huge influence Vaughan Williams had on so many aspects of English music – and it gives thousands of people the opportunity to sing and to bring some joy back into our lives after the depression of Covid, “ he said.

It is a collaboration with each venue and will be different at every performance. The host Director of Music will add their influence by bringing their own pieces to the repertoire and give their singers a chance to shine.

Outreach projects are being arranged, with workshops to involve community; youth and other choirs in making a significant contribution to the concerts. The National Association of Choirs, with 700 choirs, is also hugely supportive, encouraging their members to join the workshops and concerts in their local areas.

The "From Pub to Pulpit"™ section makes up a quarter of the whole concert. In it, Vaughan Williams's hymn arrangements are “reconstructed” on a musical step ladder from their folk roots to the Hymnal version.

Verse one of the original folk song words will be sung by an unaccompanied voice. Other voices harmonise from verse two and the song transforms through instrumental variations, to end with the Cathedral or Church chorus, congregation and artistes singing a stirring rendition of the hymn.

One of the other sections feature individual performances by the host choir; Broomdasher and Coracle, all reflecting Vaughan Williams’s wider repertoire.
This reflects RVW’s belief that “musical ‘arrangements’ expand the original performance conditions from the home and the pub to venues like the classroom, the church and the concert hall”.
Hugh Cobbe of the Ralph Vaughan Williams Trust said: “This extremely imaginative and unique contribution to the RVW 150 celebrations crosses the boundaries between the different genres of Vaughan Williams’ music in a way that no other event will”.

BROOMDASHER are a five-voice London-based acapella group with many years of experience between them before they first came together in 2017.

Among their number is soprano Josephine Swinhoe, who was taught by Vaughan Williams protégé John Carol Case.

All their recordings are in the British Library's National Sound Archive Collection as " an outstanding example of grass roots folk music today". Their latest album is a live version of their lavishly praised Country Diary of an Edwardian Lady Folk Musical which toured in 2021.

CORACLE is a new trio bringing together three vastly experienced and well-respected musicians who have large followings in their own right.

Paul Hutchinson is an accordionist and one half of the extremely successful duo Belshazzar’s Feast, who have been entertaining audiences around the world for more than 25 years. Performer, teacher, composer and humourist, he is much admired for his imaginative and inspiring compositions. His lockdown album Petrichor earned critical acclaim.

Karen Wimhurst is a clarinettist and composer, well known for her cross-genre collaborations and other bespoke enterprises. She is a long-term collaborator with Paul. Their previous groups Pagoda Project and The Maniacs were praised for their inventiveness and unique mixture of traditional influences with improvisation and humour.

Anna Tam is a classically trained singer and musician who is a former member of the extremely popular Medieaval Baebes. She plays a range of unusual instruments, including nyckelharpa, hurdy gurdy and viol da gamba. She is now concentrating on folk music and her debut album Anchoress gained five-star reviews.  She was shortlisted as 2021 Folk Instrumentalist of the Year